​​- We actually did plenty of research on Kyle last year due to the fact that his name kept popping up as a candidate for best defensive player at the British college level when we were researching talent in that league in 2012. When we found out that he was available in 2013 we jumped at the chance to sign him. He was a player we kept track of from last year despite never contacting him then.
​When he moved to the States we figured he would be unavailable. By chance a fellow coach somewhere else in Europe suggested he was available, and we contacted him right away. We are very pleased things worked out and that he'll play in Stavanger this season!

Kyle Burrows, 193cm and 113kgs (6' 4'' / 250 pounds) was a team captain for several years for the Birmingham Lions, earning numerous awards and accolades along the way. Among other things he was a starter on the college All-Star team, and was the MVP for the British college national championship game in 2010. He won two national championships while playing for the Lions, and was voted to the All-Decade (2000-2010) team for his university.

​​Kyle Burrows played senior football for the Birmingham Bulls, where he was a defensive captain.
Burrows also started for the Great Britain senior national team in the 2010 European Championships, where he ended up earning a selection to the tournament All-Star team​​ and in effect being one of the top four DEs of the top national teams in Europe.

Burrows, a post-graduate student at West Virginia University, will join Show after his semester finishes. His first game will be against the Nidaros Domers in Stavanger on May 5th.​​

Burrows, who currently lives in​​ the USA and studies at West Virginia University, will join AFC Show in early May. Like Levick he played for the Birmingham Lions at the college level, as well as for the Birmingham Bulls at the senior level.

Kyle Burrows, known in Great Britain as a physical phenomenon and intimidating opponent, will be playing both sides of the ball for us, and with his versatility he should be able to play multiple positions depending on team needs.​​​
​
Kyle Burrows playing for Great Britain vs. France in 2010. 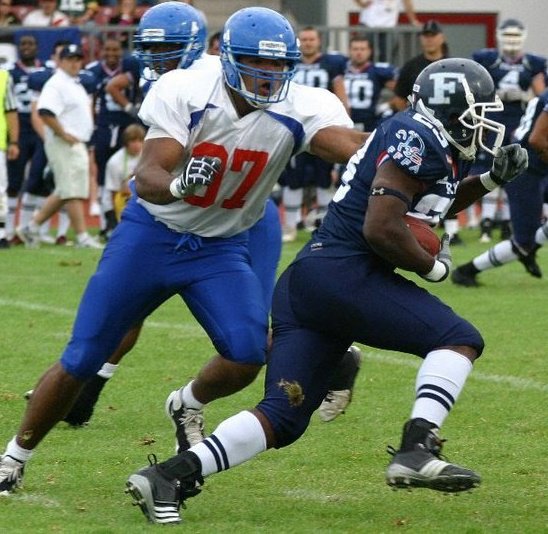 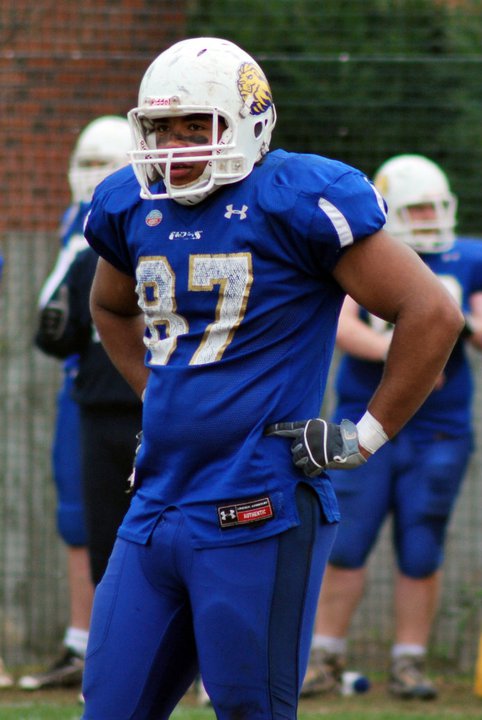